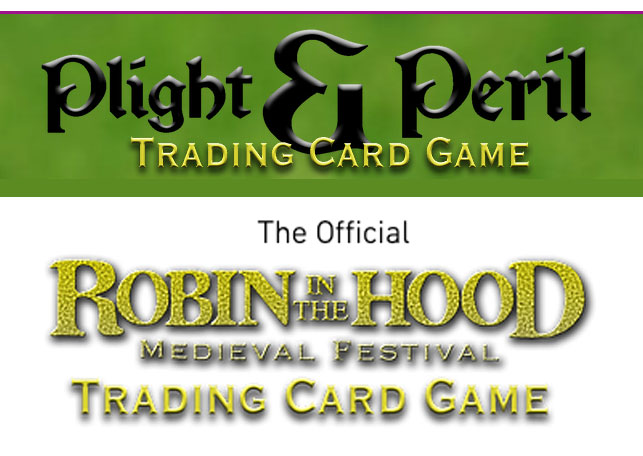 Plight & Peril is a fun, collectible card game that is simple to play for just a few minutes or for hours!

The Robin in the Hood Trading Card Game is based on a medieval tournament in which opponents struggle to determine who is the most skilled.

As a character enters battle, their agility determines who has the advantage of the first blow. They may be nimble and strike fast and deliberately, or they may be clumsy and awkward and have a disadvantage.

Next, weapons become important. The weapon they are skilled with, its range, how it strikes – all determine the winner of this next stage of battle.

Of course, the character must wield enough strength for the weapon they choose; either defensively, or offensively, but in the end, the character who starts strong may be defeated simply because they cannot battle as long as they need to. Endurance ultimately decides the winner of the tournament.

Robin in the Hood Medieval Festival